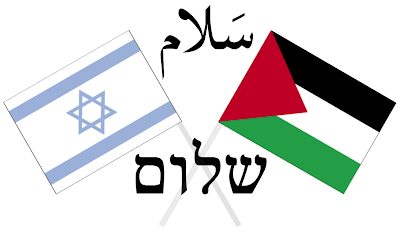 We had our second meeting the other week between representatives of the Birmingham Methodist District and the local Jewish Representative Council, on The Methodist Report to last year's Methodist Conference on 'Justice for Palestine & Israel'. Both meetings have been useful and a further meeting has been arranged. We are one of a number of such ongoing dialogues in different parts of the country. Plans are also afoot for separate meetings between the local Methodist reps in Birmingham and representatives of the local Muslim community to discuss the report. Meanwhile at a national level discussions have been taking place between representatives of the Methodist Church and The Board of Deputies on the report. Some who were involved in the drafting of the report have argued that this engagement is a diversionary tactic taking us away from the thrust of the report which was to campaign for Christian solidarity with the Palestinian cause. I strongly disagree. As someone who publically supported the report against calls for its withdrawl before conference, I see these activities are an integral part of the resolutions passed by conference that included calling on the Methodist people to dialogue with Jews and Muslims on this issue.


Despite doom laden prophecies heralding an end to Jewish - Methodist relations immediately following conference - the report has actually been a catalyst for what could be the beginning of a renaissance in Methodist inter faith engagement and Methodist - Jewish relations in particular. The fact that this is centred around some honest talking on one of the most divisive issues in the inter faith world - the traditional 'elephant in the room' - is even more encouraging.


Below I've suggested some resources to help folk engage positively (mostly available on the internet). Alongside the obvious reading material such as the report & Kairos Palestine - I've added some 'dialogue partners' particularly from the Jewish community and those involved in Christian - Jewish dialogue about both Zionism ( a topic we were encouraged to explore by conference resolutions ) and material that highlights the necessity to be aware of long standing European Christian anti Judaism when engaging with this issue. The latter of these two is not in order that Christian voices critical of the actions of the state of Israel will feel silenced from speaking out against injustice and oppression, but to help us develop a truly liberative theology and spirituality of engagement & hope.

The Kairos Document - 'A Moment of Truth'

You can download a copy of the Kairos document and other materials including study guides from the Kairos Palestine website. The writers - a group Palestinian Christian activists and theologians state:

As Palestinian Christians we hope that this document will provide the turning point to focus the efforts of all peace-loving peoples in the world, especially our Christian sisters and brothers. We hope also that it will be welcomed positively and will receive strong support, as was the South Africa Kairos document launched in 1985, which, at that time proved to be a tool in the struggle against oppression and occupation. We believe that liberation from occupation is in the interest of all peoples in the region because the problem is not just a political one, but one in which human beings are destroyed .


The International Council for Christians and Jews has responded to Kairos with a document called "Let Us Have Mercy upon Words" following a presentation on Kairos at their conference last year from one of the authors Fr Jamal Khader. Kairos Palestine has since responded to ICCJ The Board of Deputies of British Jews published a pamphlet in response to Kairos called 'Zionism - A Communal Response'. The BOD on their website describe the pamphlet as follows

(It) comprises essays from Rabbi Dr Tony Bayfield, the Head of the Movement for Reform Judaism, Rabbi Jonathan Wittenberg, the Senior Rabbi of the Assembly of Masorti Synagogues, Rabbi Danny Rich, the Chief Executive of Liberal Judaism and leading Orthodox thinker, Dan Rickman, as well as a foreword by the President of the Board of Deputies, Vivian Wineman. In it, they argue that both Jews and Christians – including Palestinian Christians – need to acknowledge the depth of each others’ historic and religious connections with the land of Israel if progress is to be made towards peace.


The British Methodist Report Justice for Palestine and Israel
Although the theological section of this report is weak the historical narrative is very strong on presenting the Palestinian case articulately and passionately with the section on the occupation being particularly good at presenting the Palestinian experience to a wider audience. It is inspired and informed by the thinking of Palestinian Liberation Theology especially that of the Sabeel Ecumenical Centre in Jerusalem and the Kairos Palestine document in particular. A more detailed exploration of Sabeel's theology in relation to inter faith exploration can be found in their Autumn 2010 Newsletter.

To compliment the historical sections of the British Methodist report it might be worth looking at the UK centre of the supporters of the coexistence project in Israel called Neve Shalom ~ Wahat al- Salam or Oasis of Peace in English. They have a downloadable resource that includes a historical survey of Palestine with a commentary presenting both 'Palestinian' and 'Israeli' perspectives on particular events, see also the website of the PRIME project in Israel & Palestine for another initiativve that develops this approach. This is known as the dual narratives approach popular with some peace & reconciliation groups but critiqued by others from both left and right of the political spectrum. In Two Stories No "Truth" Svi Shapiro reflects upon his own personal engagement with the 'two narratives'.


The newly relaunched web version of the Jewish and Inter Faith Magazine Tikkun has an interesting section of archives on Israel/Palestine - it's 'Healing Israel/Palestine' approach is interesting in it's exploration of a critical valuing of the two narratives approach but with an emphasis on resistance to injustice in the present and a recognition of the necessity to engage with the healing of the traumas of the past.


This report came out around the same time as The Methodist Report and is influenced again by engagement with Palestinian Christian liberation theology, but is considerably more theologically literate than its British Methodist sister. Some, however, have argued that there exists a subtle anti-Judaism in it's theological approach (see below). The above version was eventually amended by The General Assembly of PCUSA 2010 Amy Jill Levine an Orthodox Jewish Feminist and Biblical scholar has written a general critique of Western Christian approaches to Palestine & Israel including the British Methodist report and with a Presbyterian colleague Ted A Smith a detailed critique of what they see as the subtle anti -Judaism in the theology of the original PCUSA report in particular. Levine is also an active member of the liberal Zionist Americans for Peace Now Movement and wonders why there is so little engagement between the Churches and the Israeli Peace movement. She and her colleague conclude their article

We do not wish to muzzle Christian critics of Israeli policy. We have criticisms of our own. We rather seek to foster conversations that can consider Middle East politics without being overwhelmed by old habits of anti-Judaism.


For the history of development of Christian - Jewish relations see the ICCJ document A Time for Recommitment and the commentary on the document by Jesper Swartvik Why is this Light Different from all Other Lights? For an excellent resource that explores issues in relation to Christianity and anti-Judaism see Bearing Faithful Witness from the United Church of Canada.


For a positive approach to Jewish Zionism that takes a Christian theological perspective that is not 'Christian Zionist' see biblical scholar Gary Anderson's How to Think about Zionism a shorter version of this article with responses from critics and a reply from Anderson is available on the Christian Century archive January 13th 2009 but you need a subscription, Queen's folk can access through Online Journals in the library.


For a Jewish Critique of Zionism from a Progressive Jewish perspective see the blog of the former co-ordinator of the US support group for the Israeli Rabbis for Human Rights Rabbi Brian Wait's Beyond Liberal Zionism. Rabbi Wait now co-ordinates Ta'anit Tzedek - Jewish Fast For Gaza.

Finally an interesting developing resource is the Oxford based Forum for The Discussion of Israel & Palestine they have published TEN PRINCIPLES OF DIALOGUE ON ISRAEL/PALESTINE they are also bringing out a discussion paper on Christian theological approaches to Israel/Palestine called Talking of Conflict: Christian Reflections on Israel and Palestine. Watch this space for details.

The Methodist Conference voted to Boycott Israeli Settlement produce. There is a growing debate about what has been termed the Global BDS - Boycott Disinvestment & Sanctions. A Minority of the report committee wanted this to be part of the original resolution to conference but settled for the very different strategy of boycotting settlements. I include some articles below principally from Jewish voices in Israel and the diaspora that support two state solution on 67 borders - the position of the Israeli Peace Movement -debating the tactic of boycott and also analysing from their own perspectives the differences within the movement for total boycott of Israel.

Naomi Chazen of the New Israel Fund argues against Boycotts in The Quest for a Two State Solution
Meretz USA part of the liberal Zionist J Street movement in USA argues for a Boycott of Settlements around the slogan 'Buy Israeli Products - Don't Buy Settlement Products (They're not the Same)' Sarah Strnad reflects on To BDS or not to BDS. Phillip Mendes critiques the Left's anti Zionism that he sees straying into anti - semitism in some BDS campaigns. Whilst Jewish Voice for Peace in USA - a similar group to the UK Jews for Justice for Palestinians - support settlement boycotts and in this statement say they  "have vigorously defended the right of others to engage in full BDS campaigns. We reject the claim that these are inherently anti-Semitic. We see them as a non-violent response to the daily violence of the Israeli occupation"

This video has caused quite a stir in the BDS movement. As Norman Finkelstein a renowned pro Palestinian activist and writer questions the basis of BDS and what he sees as it's 'dishonesty' in relation to its position  on the existence of the State of Israel.

Arguing the Boycott Divestment and Sanctions (BDS) Campaign with Norman Finkelstein from HuffPoMonitor on Vimeo.