WOMEN OF FAITH PART FIVE - MANY IMPRINTS ON HISTORY 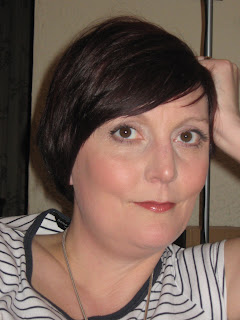 To mark Women's History Month PULTA has asked women who are faith inspired activists or leaders to share a story of one women from history who has inspired them as a person of faith. In the fifth of our series Kerry Smith refuses to select one women 's story and shares with us instead some unacknowledged 'imprints on history', Kerry is a Deacon in The Methodist Church whose role includes helping churches to respond to issues related to human trafficking and she acts as Secretary for West Midlands Regional Anti Trafficking Network she is also a member of a multi faith workplace chaplaincy team.

I’ve struggled with how to choose just one woman of history from my own faith tradition who has inspired my own faith.

I’m sorry if this seems like a cop out, but it just seems impossible.
It’s not from want of choice: there are so many women within my own tradition that I could choose; but their stories have often been told for them, and I find myself longing to be able to meet them and ask; what was it really like, for you? Did you have days when you were tired or frustrated or just not sure? Tell me about the good times, when you knew that you were growing to be more of the woman God created you to be?
So, I find myself looking to women I have met.
Women like my Nan, a tiny little woman from West Belfast, whose most loved Bible passage was Matthew 6, and who wasn’t afraid to speak up if she felt something was wrong. Family used to recount how she once confronted some men making abusive, racist comments, reminding them that ‘we are all God’s children, you should be ashamed’...and they were.

My own mum struggled with cancer for many years, but in that time lived out the struggle and the joy of finding God’s healing and reconciliation in the midst of pain, and suffering, and uncertainty.
There are others who probably don’t even remember meeting me, but they have fundamentally challenged the way that I live out my faith.
Like Sister Noreen, a Catholic nun, who lived on the Protestant side of the peace wall in Belfast, just round the corner from us. Who commanded respect from her neighbours and all she met because of her courage. Who would deliberately go out through the gate in the wall and walk up and down the road on the summer nights when things would grow tense and the young people from either side gathered to throw missiles at each other.

‘Well’, she would say, ‘they won’t throw things at an old woman’. ...she was right. Her presence often had a calming effect. Young people would pause; sometimes order would briefly be restored.
And there are other women who I’ve met only very briefly, but will never forget. When I was on placement in North Carolina, I spent a day at Calvary United Methodist Church, where Laurie Hays Coffman is Pastor. It is a Reconciling UMC congregation, where ‘God’s love and justice are offered to all’. It’s one of those places where you feel the presence of God so strongly it almost overwhelms you. Here, because all really know they are welcome, all come, and out of this amazing diverse church community, amazing things happen. But it hasn’t been, and I’m sure still isn’t, easy.

There are many more I could write about. Women who I am glad to call colleagues, friends, tutors, mentors. No-one has written books about any of them (yet!), but their faith journeys have influenced mine, and leave imprints on history all the same.
Posted by Ray Gaston at 08:46