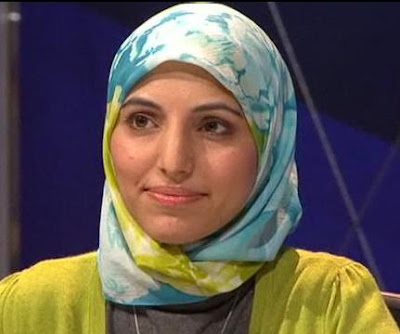 I’ve been out a few times this week leafleting for Salma Yaqoob’s campaign to become the first Muslim woman MP in the UK. Standing on a progressive programme of investment, green initiatives, ethical foreign policies and for a vigorous and creative defence of multiculturalism , she has a real chance of being elected in my local constituency of Hall Green, where in the Sparkbrook ward she has been an impressive councillor for the last 4 years.

Salma has developed a significant national political profile appearing on Question Time and national media in her role as campaigning councillor and anti-war activist. Although officially standing as a Respect Party candidate she has built a good progressive alliance in support of her campaign beyond traditional party boundaries, with the Green Party officially endorsing her candidacy and support coming from major figures in the local Labour Party; including the public support of outgoing principled MP Lynne Jones who resides in the Moseley and Kings Heath ward of the Constituency.

Salma's faith inspired politics should be appealing to Christians committed to community action and global justice. She spoke at my book launch about how influenced she is by Islamic liberation theologian Farid Esack - a leading activist in the anti-apartheid struggle in South Africa in 1980s and a prominant voice in the Global South initiated interfaith Peace for Life movement. She draws inspiration from creative radicals like Arundhati Roy and Naomi Klein - she represents a real possibility of having a Member of Parliament committed to the radical global justice movement as well as being a locally rooted MP, resisting cuts in public services, promoting green initiatives, campaigning for an ethical foreign policy and resisting the rising tide of racism and Islamophobia.

If you live in Hall Green constituency please consider voting for her and actively supporting her campaign.

If you don't live in Hall Green consider actively support her campaign.

Follow Salma's campaign through her regularly updated blog at http://www.salmayaqoob.com/