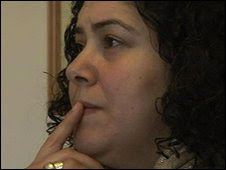 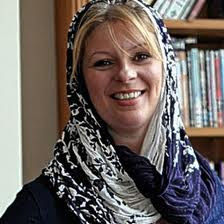 My friend Mohammed Ali at The Hubb in Sparkbrook has organised an interesting event this evening at 6pm. "Two Women - Two Perspectives" brings together journalist, 'celebrity personality', campaigner for Palestinian rights and recent convert/revert to Islam Lauren Booth with British Palestinian Manal Timraz. Manal who is on the advisory council of the One Voice Movement became involved in peace and reconciliation work for Palestine and Israel after 15 members of her family were killed by the Israeli military during the invasion and bombardment of Gaza two years ago. It looks like it will be well attended and so the advice is to get down early for a seat. The entrance donation is £3 to help cover costs.
Posted by Ray Gaston at 08:21