WHERE HAVE I BEEN? 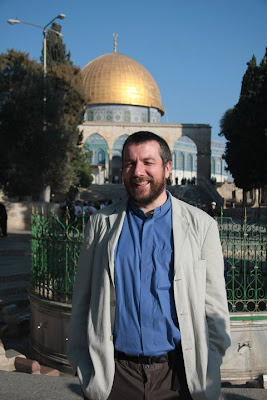 I have not been posting much recently, I went to Israel/Palestine in the middle of November with a project organised by St Ethelburgha's Centre for Peace and Reconciliation. 12 folks 4 Jews, 4 Muslims and 4 Christians all with differing views about the Middle East exploring the context and each others faith tradition for 8 days. It was an amazing experience that I'm still processing. The group is meeting again in January and I hope to post on the experience soon, but it has been really challenging and thought provoking and a real privilage to have been asked to be involved in it.
Coupled with that I have been heading up the dialogues between representatives of the District with local Jewish and Muslim communities about the Methodist Report on Justice for Palestine and Israel - which is ongoing and similarly thought provoking and challenging.
I have also been involved with the Common Wealth Statement mentioned in a previous post, the statement has aroused a significant amount of attention in the right places both in the Church and in the anti-cuts movement.
Along with the more run of the mill stuff of preaching in the circuits, running and planning groups, courses and conferences in the District and at Queen's, there has not been a lot of time to blog at the moment. I hope to get back into regular weekly posting in the new year