THE BARONESS,THE BISHOPS, THE BIG SOCIETY AND THE CUTS 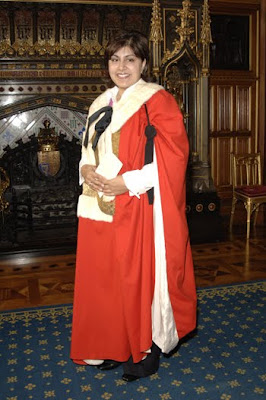 It was good to see a large demonstration against the proposed cuts in public expenditure in Birmingham City Centre yesterday, my preaching engagement however, didn't allow me to attend with the mid day start. I have recently seen examples on the ground where community projects are facing serious pressures due to the cuts already taking place, never mind those coming in the October spending review. An excellent Asian women's project that I visited the other week that works with women with learning disabilities and is housed in a Methodist Church is already feeling the pinch, as is a Community Cafe in another Methodist Church in the same area.
Meanwhile a clearly orchaestrated campaign to get parts of the church on board with the 'Big Society' initiative as a neat veil to the dismantling of public services is taking place. Baroness Warsi addressed the House of Bishops in the Church of England recently and articles have appeared from Tory Ministers on the Big Society in the Roman Catholic weekly The Tablet. Moreover, the Church of England and the Church Urban Fund have sought to engage with the ConDems 'Big Society' initiative through the proposed Being Neighbourly project, with a multi-faith element included. This I believe is seriously misguided for a number of reasons, not least in the way it seems to be proposing that the Church of England act as the conduit for monies that are supposed to have an interfaith remit. The bizarre and embrarrasingly possible scenario of a Muslim-Sikh initiative -for instance - requiring church sponsorship before it can be considered for funding is almost colonial in its arrogance. The CofE seems to be excited by being 'taken seriously' by Government, failing to recognise how they are just being used as the sweetner for the proposed attempts to dimantle the welfare state and public services and how reverting to such a privilaged position is in detriment to the church's mission and the gospel.
Thankfully other parts of the Church in England have been concerned to highlight the damage cuts will do to society and to the most vulnerable especially. Church Action on Poverty and the Quaker's Joeseph Rowntree Foundation have highlighted their concern for those most vulnerable and presented some alternatives. However no one from the Churches appears to have questioned the whole ratianale for cuts. An excellent Q & A on why cuts are unnecessary can be found at Red Pepper magazine and the Trade Union Congress has produced an informative booklet.
A Trade Union Sponsored campaign Coalition of Resistance is a good place to start for those Christians and people of other faith concerned to resist the human sacrifices being proposed to the false god of the market and want to join with others in resisting the cuts and organising for a just society more akin to the Biblical principles of Jubilee - where no one has too much and no one has too little - and the radical vision of redistribution of wealth lived out by the early church. Theologian and Activist Ched Myer's work on Sabbath Economics from the US is another excellent resource for exploring what might be a Christian response to economic injustice that takes grassroots community organising seriously unlike the pseudo localism of the Big Society.
Posted by Ray Gaston at 12:34