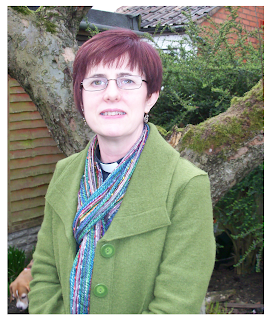 To mark Women's History Month PULTA has asked women who are faith inspired activists or leaders to share a stories of women who have inspired them as a person of faith. In the seventh of the series Deb Buckley (pictured left) who is an ordained Anglican Minister serving in Balsall Heath Birmingham tells us about the 14th Century contemplative Julian of Norwich
When I reflected on which women from history have had an influence on my faith journey one woman, in particular, came to the fore; Julian of Norwich the 14th century English mystic. For the past 30 years, the Anglican Church is a place I have felt ‘called’ to be. However, much of what I heard about the nature and purposes of God, the language used and the ideas explored, was predominantly expressed in masculine terms. Traditional male roles were employed to describe God’s activity in the world, for example judge, king, ruler, master and army commander. Much of this served to reinforce a patriarchal culture. As a consequence I struggled to locate myself as a woman within the church. That is, until I was introduced to writings of Julian of Norwich. Julian’s writings include accounts of the visions of Jesus Christ she experienced when she was severely ill and her subsequent theological reflections. Her visions embodied feminine and masculine characteristics, with specific emphasis being placed upon the feminine. She explicitly and vividly depicts Christ as a feminine and maternal divine figure who shares in our full humanity; women are seen has holding a sacred place, sharing the creative and the life sustaining power of the Godhead. Reading, and digesting, Julian’s work enabled me to begin to locate myself as a woman and to embody my faith for the first time. It loosened the grip of patriarchy which enabled me to break into what had previously seemed impenetrable, within my church experience. This opened a very important door for me; it began a process of liberation. Overtime, I have grown to appreciate the egalitarian nature of Julian’s imagery; that is a feminine and masculine balance and fluidity. Although there is much debate about whether Julian can be described as a feminist, for me, it was this thinking that led me to pursue, and develop, my feminist Christian identity. Through this, I have increasingly embraced a God in whose image I am truly created; the one whose very life blood I share. I was ordained Deacon in 2010 and am due to be ordained Priest in July of this year. This journey of discovery and liberation has had, and I know will continue to have, a profound influence on my understanding of ministry within the church. It affects the way I hear, and tell, the stories of women whether historical or current and whether ordinary or exceptional. It affects the ways I relate to others, the ways I challenge oppression and it affects the way I preach and the way I pray.
PULTA adds Thanks to Deb for that lovely reflection. Below is one of my favourite canticles based on words from Julian's Revelations of Divine Love and found in the Franciscan Daily Office book Celebrating Common Prayer
Posted by Ray Gaston at 09:00