WOMEN OF FAITH PART FOUR - 'THE LEADER OF WOMEN' - FATIMA 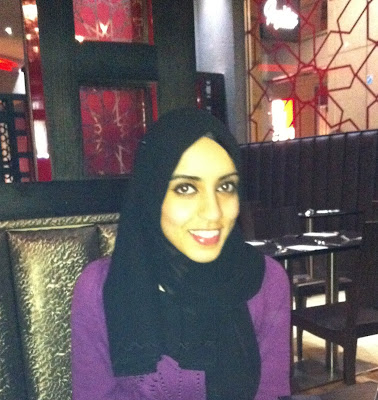 To mark Women's History Month PULTA has asked women who are faith inspired activists or leaders to share a story of one women from history who has inspired them as a person of faith. In the fourth of the series Shabana Bibi (pictured left) who is a Faith Guide at the Mehfil-e-Abbas Mosque and is on the Steering Commitee of The Faith Encounter Programme shares the Story of Fatima daughter of the Prophet Muhammed.
When thinking of Role models one of the many Muslim women who spring to mind is none other than the great personality that is Lady Fatima az-Zahra (PBUH), the Lady of light and the beloved daughter of the Holy Prophet Muhammed (PBUH). For Muslims, Lady Fatima has a tremendous status in Islam not just for the fact of her relation to the Prophet but because of her own merits, hence she is given the honour of being the leader of all women not just in this world but in Paradise.
At a time when society viewed women as objects which were to be abused rather than respected and treasured, Fatima showed women were true intellectuals who were equals with men. She demonstrated how it is possible to carry out the roles of being a supportive and loving wife and mother but at the same time she spend her time educating both women and men on not just the fundamentals of Islam but many other academic fields. Fatima in her own right was not just the first female Islamic scholar but one of the very first scholars in Islam, who inherited the knowledge of her father. She made sure that women had firmly established themselves as having a pivotal role in Islamic society.
A homeless person came to the house, so she gave away one third of the food they had to eat, then a captive came to the door for which she gave away another third finally an orphan came to her door and she gave away the remaining food away. It was her overwhelming faith and devotion to God and His creation which made Fatima the truly inspirational woman that she is. A woman who always gave when she had nothing for herself, knowing that what is hers is there to share. Through her character Fatima demonstrates to us the true mercy and generosity of the creator and what it is to be a godly human being.
The true strength of this tremendous lady is best demonstrated by the incident of Fadak, where Fatima defended her right of ownership of her land which was taken away from her and the leadership of her husband which were both usurped by the leader at the time. It was here that Fatima broke all the taboos of society to stand up for the truth. At a time when women were hardly seen and never heard Fatima went into the mosque of her father and confronted all those males who had wronged her, defending her rights and the rights of her husband in such a powerful speech, that till this day scholars are astounded to the sheer power of her words. She stood up against all those who were deemed to have the power and status in society, who were her senior in age and were all males, proving that standing up for your rights and the truth is something which should be a embedded in the hearts and minds of every human regardless of barriers which are placed in our way, as it is our principles and beliefs that define us. It was characteristics like these which allowed this Lady of light to raise children like Imam Husayn who sacrificed everything in this world to fight tyranny and oppression and the likes of Lady Zaynab, who after watching the greatest tragedy this world will ever see in Karbala, had the strength to rise against her oppressor and became the torch bearer of the message of not just her brother but her mother before him. It is woman like Lady Fatima who truly empower all woman of this world and show us how liberating religion is, giving all women a platform and the strength to change this world and impact it for eternity.
Posted by Ray Gaston at 18:00