The Path Not Taken - Krister Stendahl and The Theology of Religions 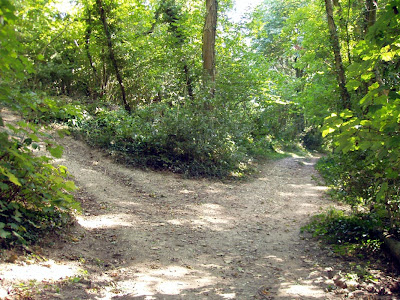 I came across this article the other day that has recently been published in Journal of Ecumenical Studies. It's Paul Knitter's 2009 Krister Stendahl memorial lecture, well worth a read. Knitter draws together some interesting snippets and reflections from Stendahl's work and teases us with Stendahl's explorations into theology of religions. However, I find his conclusion disappointing as he too easily recruits Stendahl to his own theological agenda of a  pluralist liberationist theology of religions, drawing Stendahl, whose writing - as far as I know - does not engage with Alan Race's dominant typology of exclusivism, inclusivism and pluralism, into the pluralist camp.

I believe Stendahl's thoughts are not so easily categorised or in fact even interested in such categories.

Stendahl's reflections arose out of the longing to "sing my song to Jesus fully and with abandon without feeling it necessary to belittle the faith of others;" he sought to work with the particularity of  the Jesus and the Pauline traditions of the Apostolic Witness, starting from these roots and imagining  'the path not taken', tentatively exploring a  theology of religions from that work of excavation. This is different to the  pluralist approach that starts with a universalist philosophy of religion and then asserts the necessity of a Christological accommodation to that theory. Stendahl's starting point as a biblical scholar and a participant in Jewish - Christian Dialogue ensures a  qualitative difference between him and the pluralists. He begins by wanting to value particularity, something the early pluralists were less concerned about.

Was Stendahl's creative approach eclipsed by the more strident assertions of the pluralist theology of religions? Might it be more appropriate to see Stendahl as a forerunner for the developing theologies of dialogue that tend to eschew Race's paradigm in search of a different path in Christian theological engagement with religious plurality?   Perhaps his was the 'path not taken' that is now being rediscovered.