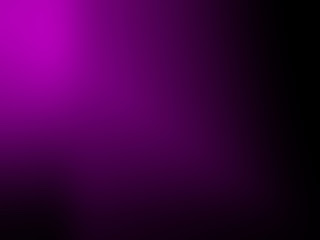 I found myself in Church yesterday at St Paul's Balsall Heath for the Advent Sunday Eucharist. I love Advent full of the themes of hope, expectation longing...a real spiritual gift. Yesterday the first hymn was 'O Come O Come Emmanuel.' I love the tune, it's haunting melody fits the themes of longing and waiting that I associate with Advent. Unfortunately I find it difficult to affirm the words and yesterday I decided not to sing them. As the following commentary on the hymn from the Roman Catholic Boston College USA Centre for Jewish Christian Relations states:

One can look at the question of the theology conveyed by hymn lyrics both atomistically, i.e., is this word or phrase theologically sound or pastorally edifying? and also more globally, i.e., what is the theological orientation of the hymn in its entirety, including what is the progression of thought from verse to verse or what story does the entire lyric tell?
Globally speaking, O Come, O Come, Emmanuel's more-or-less traditional lyrics (though there are variations) pretty well summed up pre-Vatican II Catholic understanding of the relationship of the New Testament to the Old Testament, and therefore also of the Church to Israel: The Old Testament was understood to have spiritual validity only when read in reference to Christ and the Church, and Israel was spiritually valid only as the precursor to Christianity.
The "traditional" lyrics thus describe Israel as waiting in exile for its raison d'etre to come in the birth of Jesus and applies biblically-sounding titles (based on the "O-Antiphons") to petitions for Jesus to come.
The Second Vatican Council’s Declaration on the Relationship of the Church to Non-Christian Religions, Nostra Aetate, reversed prior predominant theologies of Judaism. The covenantal life between God and Israel was now recognized as eternal and not superseded by the establishment of the Church’s covenant with God through Christ. Official documents urged Catholics to respect Judaism’s self-understanding and to understand Jesus as a “faithful son of Israel ” (John Paul II) in continuity with, not the termination of, Israel ’s story.
The traditional lyrics suggest that Jews at the time of Jesus felt themselves to be in lonely exile, and awaiting the appearance of the Son of God. This not only contradicts Jewish self-understanding but historical evidence from written texts of the time.
In addition, since Vatican II, Catholic teaching has emphasized that Advent should ritualize three "comings" - the birth of Jesus, the coming of Jesus in the Church today, and the eschatological coming of Christ at the End of Days. The traditional lyrics do a poor job of this.

There is also  a good reflection on  'Some personal thoughts on singing “O Come, O Come, Emmanuel"'

Why not consider trying the alternative words in your church this Advent? And reflecting on the different theologies in the hymns? For further resources on this, particularly using liturgy and hymnody to challenge theologies of contempt and as an opportunity for teaching about Christinity's relationship to Judaism  see Mary C Boys article Touching the Heart of Faith: Challenges of Christian-Jewish Dialogue where she also suggests alternative lyrics for some of the verses.