'Stars and trees and waters stand still for an instant' :A Homily for Christmas night 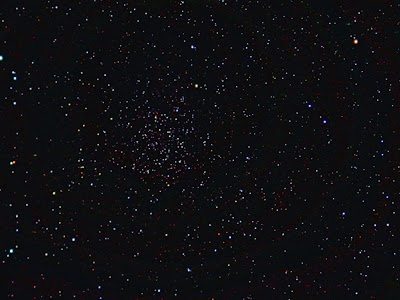 'The people who walked in darkness have seen a great light’, proclaims Isaiah in our reading tonight. The messianic promise is that oppression will be lifted and peace will reign, but what kind of peace and what kind of Messiah?

There is a strong strand in religious tradition that equates darkness with evil and light with good. It’s an influential strand that some believe dates back to Persian Zoroastrianism, with its coeternal spirits of good and evil. This view was also influential in some of the heretical movements in the early church. But much of Abrahamic faith does not buy into such easy separations, such clear dualisms, for the Semitic-rooted paths proclaim One God who is Lord of all, One God who is both God of the night and of the day, of the dark and of the light. As the Psalmist proclaims: ‘the darkness and the light are both alike to you.’

And we gather here in the dark of night to worship that God; to gather around this crib and marvel at the truth of the Nativity — the truth that in the warm nurturing darkness of a woman’s womb God chose to be; that in the dark of night God became human, revealing the truth that there need be no separation between the human and the divine. As Athanasius said: ‘God became human that we might become divine.’

The images of darkness and light that do run through our scripture — the images of Christ as the light that darkness cannot extinguish— are not there to set up the dualism between light and dark but to show that the phantoms of the night, the fear of the dark, are the creations of our imagination and a demonstration of the weakness, yes the weakness of evil. For God comes in the night to claim the night from the phantoms and fantasies of our mind that give power to weak and floundering evil. God comes in the night to show us that the dark is indeed God’s place too and perhaps the night is a holy and sacred time, a time of revelation, wonder and awe. The beauty of a real night sky — breath-taking beauty such as the night skies of the Middle Eastern desert — it’s only in such real darkness away from the false modern city lights that the true beauty of the stars’ natural light can be seen. Our city lights drown out the wonder of natural darkness and its intimate relationship with true light: the desert sky is darkness and light in a partnership of beauty revealing the wonder of God’s universe.

And so monks and nuns have, down the centuries, risen in the dead of night to pray; and in the early church not only monks and nuns but all Christians were encouraged to rise in the middle of the night to pray. The Early Church Father Hippolytus said:

Around midnight, rise and wash your hands with water and pray. If you are married, pray together… For those elders who handed down the tradition to us taught us that in this hour every creature hushes for a brief moment to praise the Lord. Stars and trees and waters stand still for an instant. All the host of angels serving him, together with the souls of the righteous, praise God.

And our brothers and sisters in Islam believe this of the night too, for one of the last ten days of Ramadan is the Night of Power when Muslims believe the first words of the Qur’an were revealed to Muhammad. And on that night heaven is open wide and angels, one Muslim friend told me, descend in their thousands to the earth to hear the prayers of believers. And so many devout Muslims rise to pray at night during those last days of Ramadan in the hope of the angels hearing and taking their prayers to paradise.

And it was angels who came to those despised people of the night, the shepherds, to proclaim the birth of Jesus:
Do not be afraid; for see — I am bringing you good news of great joy for all the people: to you is born this day in the city of David a Saviour, who is the Messiah, the Lord.

… said the lone angel, to be followed by a host:
Glory to God in the highest heaven, and on earth peace among those whom he favours!

But what kind of Messiah? What kind of peace?
In a world in which dualisms of easy categorisations of good and bad, where opposites of the theories of the 'clash of civilisations' and easy dismissals and retreats from the Other abound - where in Bethlehem itself a wall of oppression, division and fear rises up - we are called to embrace this Messiah, this incarnate God who comes not to bring peace through conquest - the overcoming of the opposite — but through relationship. This God calls us not to set up easy opposites but to see our connection with the other, as light and dark work together to produce the beauty of the night sky. This new truly revolutionary Messiah, this Jesus, the God who is not a god in the way we think we know, calls us to live this Good News, to live this peace, the peace of Christmas, the peace of the night. To open our hearts to the Other, the different, and in so doing to be transformed and to transform, to become stars in the night sky, and as a human race to be what God made us to be: participants in his beauty, love and truth.
A Homily Preached at Midnight Mass St Paul's Church Balsall Heath Birmingham Christmas 2009
Posted by Ray Gaston at 19:58